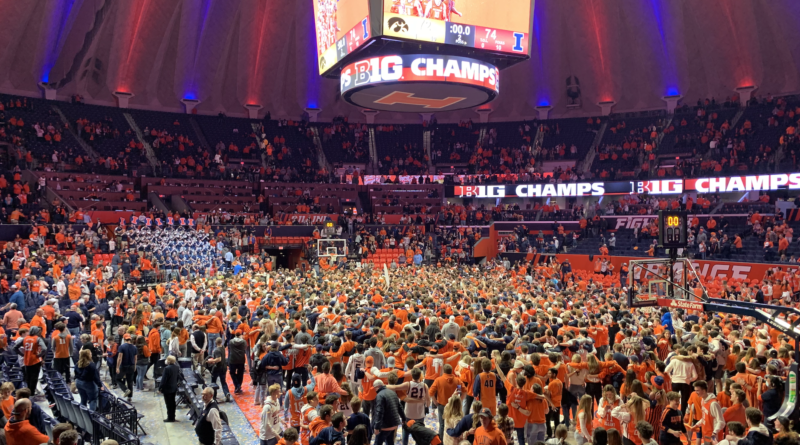 It was 17-years in the making.

“I thought I was gonna pass out at one point,” said Orange Krush member Sean Mcdermott. “It was just absurd…I never thought we were gonna lose.”

Underwood was proud of the work his players had put into the season, praising their high character. He even praised the Orange Krush student section for their job in keeping the State Farm Center a difficult place to play.

“We did this with a bunch of high character guys, but we couldn’t have done it without all of you. Head coach Brad Underwood said to the crowd. “These trophy presentations aren’t over, we’re bringing a few more back to Champaign.”

After confetti rained, Underwood and his team headed for the hoop to cut a piece of net.

“When we saw the confetti coming down, it felt like a movie,” said McDermott.

McDermott was excited to celebrate with the team because he couldn’t last year due to Covid-19 regulations.

“It was just 10 time better, the atmosphere was the best that I have experienced,” McDermott said. “ There’s a couple comeback wins and some we ended up losing, nothing compares [to the game].”

Underwood said in his postgame press conference he was happy to see the fans celebrate with the team.

Illini fans will have to travel to get a chance to see Illinois play in the Big Ten Tournament. The Illini travel to Indianapolis to play the winner of the Michigan-Indiana game at Gainbridge Fieldhouse, on Friday at 10:30 a.m. 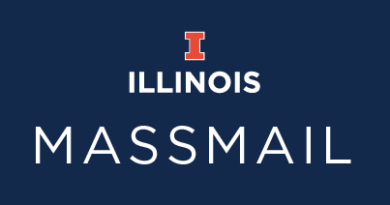 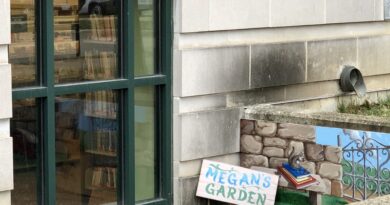