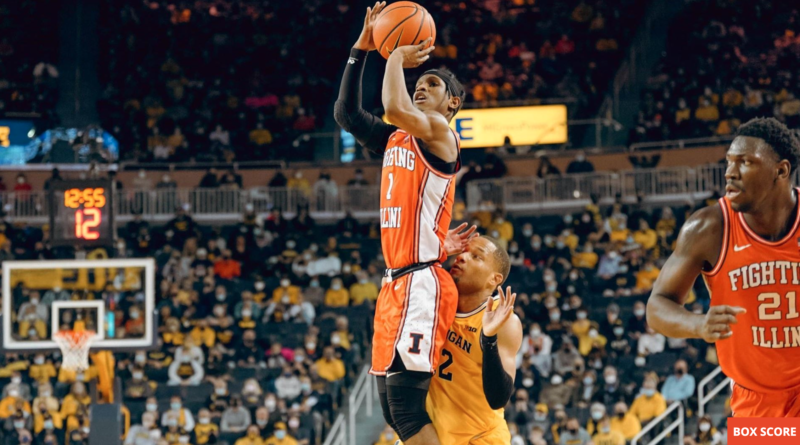 When the team needed them most, the Illinois stars stepped up in a big way on Sunday afternoon.

Fresh off a 26-point outburst that included a season-high 8 threes in the home loss to Ohio State, Plummer didn’t miss a beat against the Wolverines. In the first half alone, he knocked down another 5 shots from behind the arc, dropping 23 of the Illini’s 46 and giving them an 8-point lead going into the break.

“Plummer had as good a first half as any player not named Mike Beasley that I’ve coached,” head coach Brad Underwood said.

The 2-point deficit marked the closest Michigan had been since the score was 20-18. Followed with a left hook by Cockburn to halt the run, the Illini were given a slim 84-80 lead with 1:31 left.

When the Illini have their backs up against the wall, they seem to find a guy to finish in the clutch moments. Since current NBA rising star Ayo Dosunmu left the Illini, Trent Frazier has been that guy.

Just as he did last Saturday in East Lansing, Frazier took the big shot, and he didn’t disappoint. With the shot clock winding down, the 5th-year senior found enough space to nail the 3-point dagger over Houstan, increasing the lead to 87-80 with 46 seconds left.

“Coach put the ball in my hands to make a play,” Frazier said on his game-sealing three. “I just have the ultimate confidence in myself.”

Frazier finished with 17 points, and Curbelo gave a nice boost off the bench with 12 points and 3 assists.

Despite the disappointing home loss to then No. 22 Ohio State on Thursday, the Illini still find themselves in serious contention for the Big Ten regular season title. Only one game behind Wisconsin (23-5, 14-4) and tied for second in the conference with Purdue (24-5, 13-5), they look to make some serious noise heading into the final stretch of this regular season.

“To be in contention in the best league in the country in the last week of the season,” Underwood said, “I’ll take that every year.” 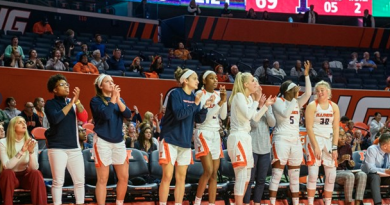 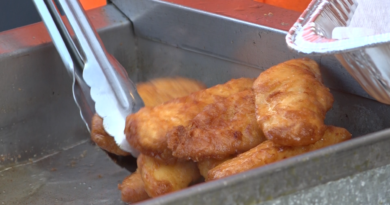