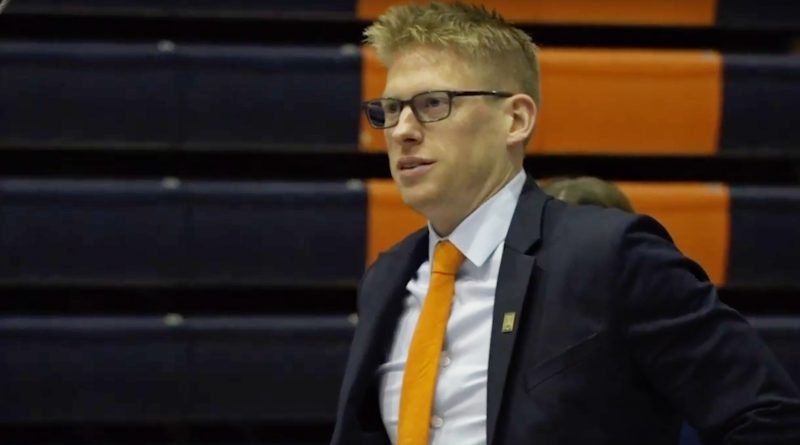 March 12, 2020, will be remembered by current student-athletes for a very long time.

It is the day where the next match changed from later in the week to the next academic school year. And, for the University of Illinois men’s and women’s gymnastics teams, the NCAA’s decision to shut down all sports due to COVID-19 will affect each senior differently.

As different as each group’s location when the news surfaced.

“It was very surreal,” said men’s gymnastics senior Michael Paradise. “Seeing coach go down there. He’s answering his phone and he had this look on his face.

“I didn’t want to believe it.”

The men’s gymnastics team learned of the season’s end right before a zip-lining excursion in Puerto Rico. The team, which bolstered an undefeated record since February 1, was out of the country for the Puerto Rico Invitational.

Conditions could not have been more different for the women’s gymnastics team. Senior Karen Howell and her teammates were practicing in Champaign — on the cusp of traveling to a dual meet in Corvallis, Oregon.

“Once I started thinking about all the things I wasn’t going to get to do, it was really hard.”

And, now, the NCAA’s latest decision has left Paradise, Howell and others without the opportunity to pursue an extra year of eligibility.

Per the NCAA’s ruling, spring sports athletes are granted a waiver for an extra year of eligibility. Men’s and women’s basketball, wrestling and men’s and women’s gymnastics are considered winter sports, meaning its seniors will not receive another chance to compete in the postseason.

“My career plans don’t necessarily match up with doing another year of gymnastics,” explained Howell last week before the NCAA’s ruling. “[Still], I want to be able to end my senior year on my terms.”

Paradise’s situation — as some other student-athletes — contrasts Howell. He intends on going to graduate school, regardless of the NCAA’s decision, and will continue his gymnastics training for competition in individual world championships. He says he would have capitalized on an extra year under Head Coach Justin Spring and believes, if not for COVID-19, the Fighting Illini would have made a long run into the postseason this year.

“By mid-season towards the end of the regular season, that’s when things started to finally click,” said Paradise. “I really started to believe. I was like, ‘Yeah, we can win this Big Ten championship. We can contend for an NCAA championship.’”

Unfortunately, Paradise, Howell and all other winter sports student-athletes will never know how far their group would have gone in the postseason.

Instead, they are left to wonder what could have been this year as well as in 2021.