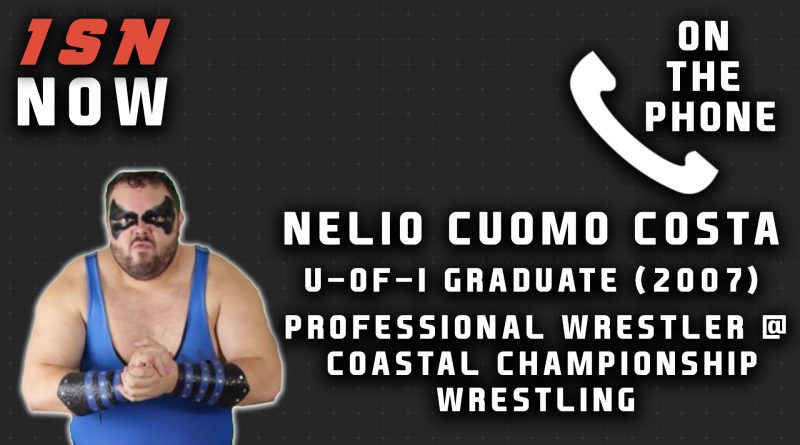 Let’s get ready to wrestle!

In the first of a two-part conversation, Peyton Wesner connects with University of Illinois graduate and current professional wrestler Nelio Cuomo Costa — better known as Vinicious at Coastal Championship Wrestling. In the draft day spirit, Wesner and Costa take a stab at drafting their Fighting Illini legends team. Who will go number one? Plus, Costa reveals when he fell in love with professional wrestling and how Vinicious was born.

On Tuesday, April 28, Wesner will have the second part of his interview with Costa. Training during quarantine and life with a seven-week-old child will be discussed!