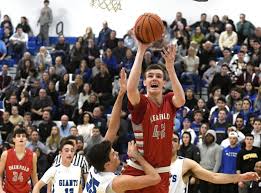 The University of Illinois basketball team continues to stay on top of recruiting, recently adding Deerfield big man Brandon Lieb to the roster. According to a UI Athletics press release, Lieb signed his National Letter of Intent earlier today.

Lieb joins Morgan Park’s Adam Miller and Prolific Prep’s Coleman Hawkins, among others this upcoming season, as the team looks to contend for a Big Ten title and March Madness berth in 2021.

“We’re excited to have Brandon join our program and help him achieve his dream of wearing the Orange and Blue,” Illinois Basketball Coach Brad Underwood said in the press release. “Brandon’s skill level and shooting ability stand out right away; he can really space the floor at the ‘5’. He has a strong work ethic and is motivated to be part of our player development program, where he will add strength and weight to his frame. Brandon is also a tremendous student who will excel at the University of Illinois. We feel fortunate to add to our 2020 class someone with both the athletic and academic caliber of Brandon Lieb, and are pleased to welcome him to the Fighting Illini family.”

Lieb is part of a Deerfield squad that finished 20-11 last season and won a Class 3A regional championship. Lieb averaged 24 points and 14 rebounds in the title game against Carmel High School. According to 247 Sports, Lieb is a three-star recruit and had offers from Boston College, DePauw, and Bucknell, to name a few.

Check out Lieb’s Hudl highlight, as he brings much-needed height to the Orange and Blue, along with consistent a scoring ability that will pay dividends as the season gets rolling.

For now, the Illini look ahead to the offseason in preparation for arguably the most important winter in 15 years. 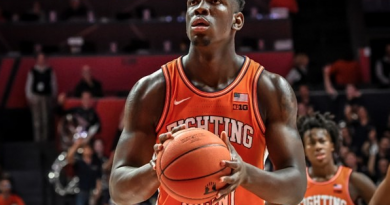 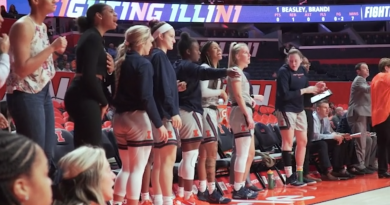