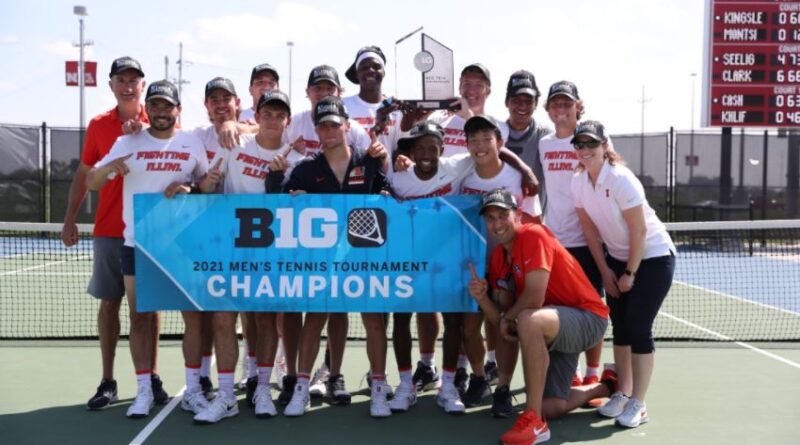 Over the weekend, the Fighting Illini men’s tennis team won the Big Ten men’s tennis tournament, defeating the Ohio State Buckeyes for the championship in a down-to-the-wire match.

The Illini started the season off with a major upset, defeating No. 1 USC 4-1 on Feb. 12, and rode that momentum for the rest of the season. They lost only two matches in the season – one to Baylor and one to Ohio State – and won the regular season Big Ten West championship. They entered the Big Ten Tournament ranked No. 2 in the conference – behind Ohio State – earning them an automatic spot in the tournament quarterfinals.

The Illini easily dispatched Indiana 4-0 on Friday before facing Michigan on Saturday. Although Michigan took the doubles point, the Illini rallied in singles to win 4-2, setting them up with the conference No. 1 Buckeyes.

The Illini started the day by winning the doubles point via wins from pairs Siphosothando Montsi/Noe Khlif and Hunter Heck/Aleks Kovacevic, but fell behind in singles, as Montsi and Alex Brown lost their singles matches. Heck and Khalif both went to a third set to win their singles matches, but Ohio State would even things out to a 3-3 match.

It all came down to Zeke Clark and Ohio State’s Kyle Seelig on court 4.

Clark, a fifth year senior who took advantage of an extra year of eligibility to return in 2021, lost his first set 7-6, but won his second set 6-3. Clarke and Seeling traded games in the third set to eventually end up in a 6-6 tie. The Big Ten championship went to a tiebreaker.

Despite losing the first two points, Clark rallied and won the tiebreaker 7-4, securing the Big Ten championship for the Illini. He was named the tournament MVP.

The Illini men’s tennis team will host an NCAA regional competiton at Atkins Tennis Center this weekend as the No. 15 seed in the NCAA tournament. They will face DePaul and the winner of Western Michigan and Notre Dame. 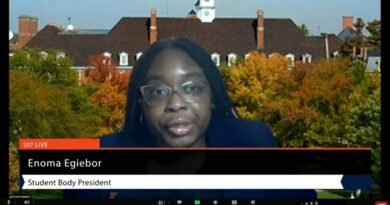 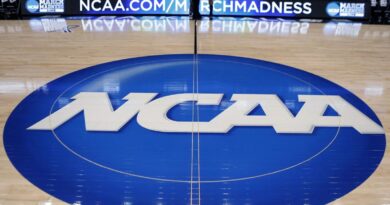 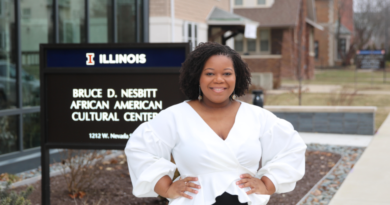