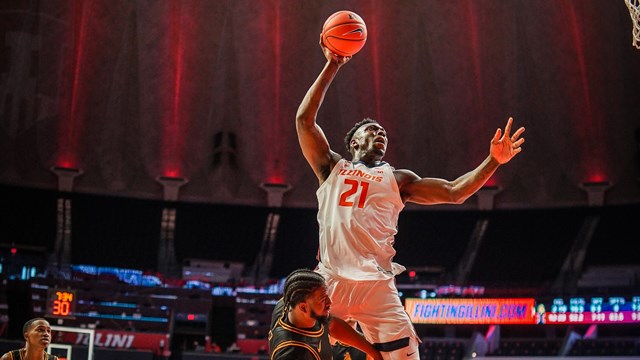 Illinois basketball got off to a 3-0 start over Thanksgiving week, earning wins over North Carolina A&T, Chicago State and Ohio.

But the No. 8 Illini weren’t quite at full strength, missing the services of redshirt-freshman forward Benjamin Bosmans-Verdonk and redshirt-junior guard Austin Hutcherson.

Bosmans-Verdonk, who missed all of Big Ten play last season after suffering a stress fracture in his foot, has slowly been working his way back into practice. The Belgian forward warmed up with the Illini before the Ohio game on Friday, but remained in warmups for the whole game.

Last season, he totaled 11 points and 10 rebounds in just nine games, while posting a season-high six points, four rebounds and two blocks in a win over The Citadel.

Hutcherson, for his part, is recovering from a back injury that he aggravated during the offseason. He was not with the team for any of its three games so far.

On Thursday, Underwood said Hutcherson was with “his family out in California” and is seeing a back specialist. It is unclear when either player will see the court for the Illini, although Bosmans-Verdonk appears to be closer to a return.

Hutcherson joined the Illini ahead of last season from Division-III Wesleyan University in Connecticut, where he made 39.2% of his three-point attempts. He had to sit out the 2019-20 season due to NCAA transfer rules.

Underwood has repeatedly spoken of Hutcherson’s athleticism and shooting ability, especially once former Illini Alan Griffin announced his transfer after the 2019-20 season.

Sophomore center Jermaine Hamlin made his season debut against North Carolina A&T, playing just one minute, after a hand injury had kept him out of practice for much of the summer. He logged four minutes against Chicago State the following day, snagging two rebounds and making one free throw

The 6-foot-10, Lincoln, Illinois native is expected to remain in a reserve role this season, behind center Kofi Cockburn and forwards Giorgi Bezhanishvili and Coleman Hawkins.

Last year, Hamlin played in 16 games, scoring 15 total points and hauling in 13 rebounds. He totaled a career-high eight points, while adding four rebounds, against Lindenwood in a career-high 12 minutes in an early-season contest last November. 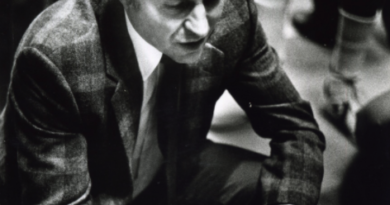 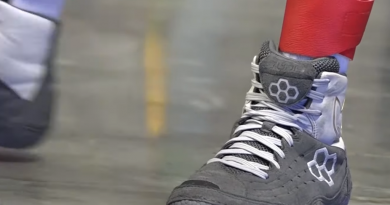 A Lifetime and a Dream