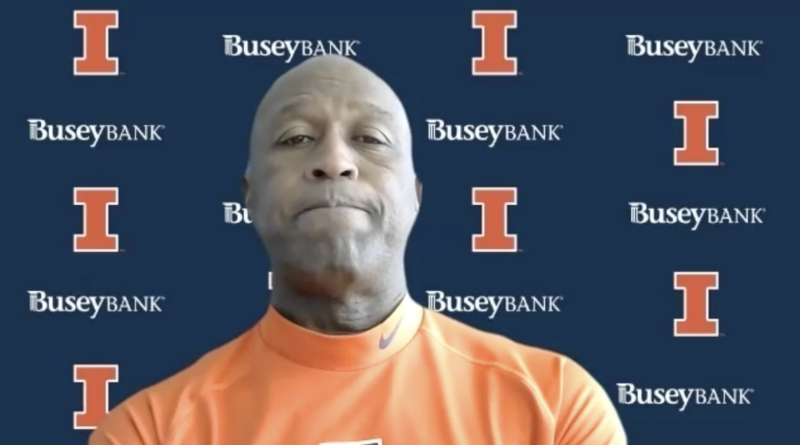 In a press conference on Monday, Illinois football head coach Lovie Smith said that the team has three positive COVID-19 cases, two from quarterback Brandon Peters and tight end Griffin Moore. An Illinois spokesman clarified to the Chicago Tribune that the third additional positive was a staff member, not a player.

Just an hour before the Illini took the field on Saturday, the team announced a total of fourteen players would be out, including Peters and Moore. According to Smith, Peters and Moore have, “mild symptoms, no symptoms really.” According to Big Ten protocols, Peters and Moore will be eligible to return after 21 days following their positive test, which will be the Nebraska game set to happen on Nov. 21.

The remaining number of players that were out Saturday was due to contract tracing, including starting center Doug Kramer, kicker James McCourt, backup quarterback Isaiah Williams, defensive end Keith Randolph, and offensive lineman Jordyn Slaughter. The group will also be out for this week’s game against Minnesota, and be eligible to return for the following week’s game against Rutgers.

“No more [positives],” Smith said. “We have been good throughout. But you say that but … we’re also living in this world like everybody else. As I see it, more and more positive tests are popping up everywhere. We test every morning. We’ll continue to talk to our guys about social distancing, washing their hands, keeping their mask on, doing all of those things. We just hope we continue to be lucky. But no more positive tests for us.

“We can’t afford any others. We can’t afford another group of players to go out. We’re right at the border to really be able to practice the way that we like. And at a few of the positions, we’re right at the minimum amount too for it. That’s why we really have to concentrate and stay in the protocol and do what we’re supposed to do to be able to continue to play ball.”

Illinois will face more tough position shifts against Minnesota and especially struggle in the quarterback room. With Peters and Williams out and Matt Robinson who went out with an injury in the first quarter against Purdue, it looks like the Illini will have to rely on its fourth-string quarterback Coran Taylor, who passed for 274 yards and ran for 32 yards against the Boilermakers.

“The starter normally gets 80 percent of the reps of the week,” Smith said. “Backup may get some reps, third-team quarterbacks gets very few. Fourth team quarterback doesn’t get any really. Coran had really been signaling pretty much, but when you’re not getting a lot of reps, you should be getting reps mentally. You take mental reps every snap, and that’s what he’s been doing. He’s been paying attention, he’s been at all of the meetings. Been training with the rest of the guys. And when your number’s called, you step up. And that’s what he did. You have to have confidence in yourself and if you talk to Coran you know he has confidence in himself. But that confidence should grow. Now it’s about correcting those mistakes that he made and putting an even better product on the football field if he’s called upon.” 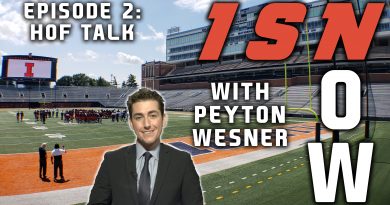 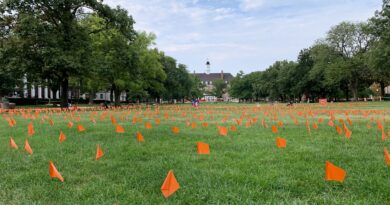 GEO at UIUC puts 1,667 small flags on the quad requesting for the University to create a contingency plan