For the last eight months, Illinois athletic events have been played behind closed doors, with no fans in attendance. Only those on an exclusive guest list, including athletes’ families and members of the media, have been allowed to attend.

Fans outside of Memorial Stadium, State Farm Center, Huff Hall and Atkins Tennis Center never had a view of the playing surface. With no other options to see the action, they stayed off-site, watching the action from home or at bars.

But with Illinois’ spring sports teams in the middle of their seasons, Illinois athletic events are now being played in venues that do offer a view of the playing surface from the outside. Some Illini baseball fans are taking advantage of that to watch games in person at Illinois Field, even if they aren’t on the guest list to sit in the bleachers.

Ashlyn Quinn and her friends watched Illinois’ Apr. 2 game against Nebraska through a rip in the tarp that lines the chain-link fence along the baselines.

“Baseball has always been a big thing in my family,” Quinn said. “We always watch it together so I was excited to come to school and have a college team to watch. I still want to do that, even though I can’t get into the park. You can see through the fence pretty well.”

Illinois alumni Marcos and Cora Cuzco and their sons also took advantage of a gap in the tarp to watch Illinois’ Apr. 4 game, also against Nebraska.

“It’s not the best vantage point but it’s better than nothing,” Cora said.

The baselines are popular viewing spots for those who are standing, sitting in in folding chairs or sitting on the ground. Fans have also watched from beyond the outfield wall, using their SUVs or their pickup trucks as viewing platforms to see over the wall. Matt and Amy Baker built a wooden platform in the bed of their pickup truck to place their folding chairs upon, citing the attendance restrictions as the reason for the project.

“With the limitations on who can enter the ballpark, we decided to build a little platform on our truck so we could sit out in the outfield and watch the games,” Matt said. “Hopefully we can use this thing for a couple of weeks and then maybe they’ll let us into the games.” 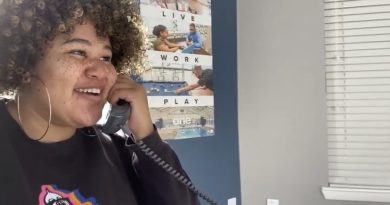 Still Getting the Job Done 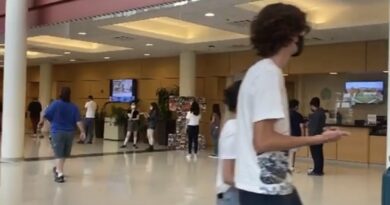