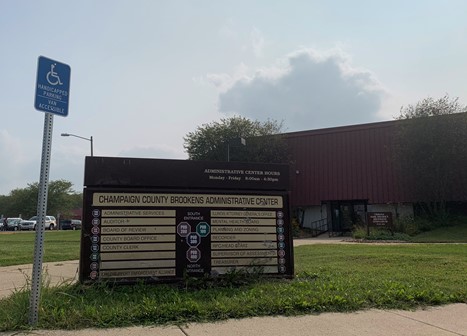 In the pleading, Bambenek claims that the Champaign county treasurer department had misconduct and irregularities during the working period of the former treasurer, and the new treasurer Hughes obviously did not improve their work.

Laurel Prussing, the former treasurer was elected in November, 2018. The defendant Marisol Hughes was appointed her replacement on March 10th, 2020.

The treasurer is responsible for turning in monthly reports, however, reports for October through December 2019 have not been filed, which were the responsibilities of the former treasurer Prussing. Similarly, there are only reports of March and August 2020 that have been filed after Hughes took the job. Giving out monthly reports is required by law as the treasurers’ duty.

The plaintiff Bambenek, claimed that he paid his property taxes on May 18th before the due-day June 1st, yet this was posted in July. His second installment was paid on August 18th, and up to the day of filling this pleading, his payment was shown delinquent with late fees. Bambenek believes that other taxpayers are facing the same problem, and he claims that there may be over 20,000 property tax payments that are unprocessed.

An explanation was given on the treasurer’s website, which says that the payments before September 1st will not be assessed late penalties, and the office is still processing these payments.

On September 9th, a press release by Hughes stated that the office would be closed and could arrange for appointments by phones. The plaintiff Bambenek argued in the briefing that phones are not answered, which is another count for Hughes not playing her role.

Other allegations include that the defendant has not paid any penalty for her non-performance of required duties. Bambenek also claimed that the husband of the defendant, Mark J.A. Hughes was performing the job as a deputy treasurer though he was not hired by the county.

It is hard to see how this lawsuit would go in the future, any information of potential court hearings can be found on the court case website. Type in the case number: 2020MR000752 or the participant name: John C. Bambenek/Marisol Hughes to see case information.