Well I had one helluva week.

It was my second round at producing last week, and it showed. I had lowerthirds ready, graphics were done, scripts were good to go, and this was all by Wednesday night, for a Friday morning show. Except only one thing was wrong. I had almost no content by Thursday afternoon.

This is no fault to anyone. It just so happened to work out this way. All the reporters who were working on something had issues with sources being slow to communicate with, or an event being just that late into the week.

Because of this, this show ended up not being about how to produce a show, and more about how to manage reporters working on stories.

Everyday, I was emailing or text messaging the reporters, asking them if they had any updates to their stories. Sometimes, I’d be asking for updates every three hours.

I purposely made myself as available as I can this week, as I slowly anticipated how late content would be coming in. To be honest, I believe my constant nagging helped make sure that all of the reporters had everything done in time for the show. It kind of forced them to stay on track.

I’m proud of my team for putting in all the effort to have their content ready for show day. The show itself only saw a few bumps and bruises, but in all, it was one of our cleaner shows and we had a lot of strong content.

One little thing I tried to do was have a long block focused on one specific topic. In this case, it was about flu vaccinations. With this idea, I was able to have a full flu shot block with three segments. The first was an interview with a microbiologist that specializes in diseases. We then had students talk about their experiences getting a flu shot. Finally, we were able to tell people where they can get a flu shot on campus.

This “block” idea proved to be really effective and it helped drive the journalism focus on Good Morning Illini.

We’re at that point in the semester where we producers are getting used to our job and the reporters are getting the hang of creating content for the show, and it’s showing with each new episode of Good Morning Illini airing.

I will say that when I produce my third show, I’m going to encourage everyone to have everything in as soon as possible, and not late Thursday night. I really don’t want to sleep at 4 a.m. again and be jacked up on Monster energy drinks for two days in a row. Not again…

But alas, the world of TV is unpredictable. Tis life. My third and final solo produced show is set to air Nov. 6. 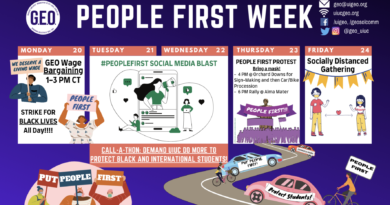 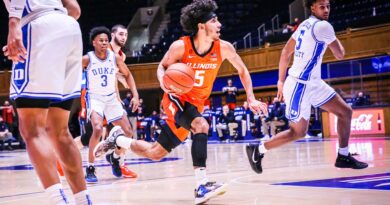 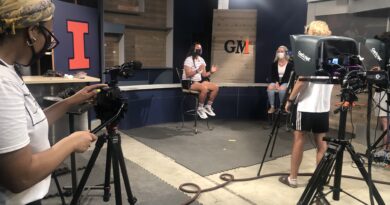