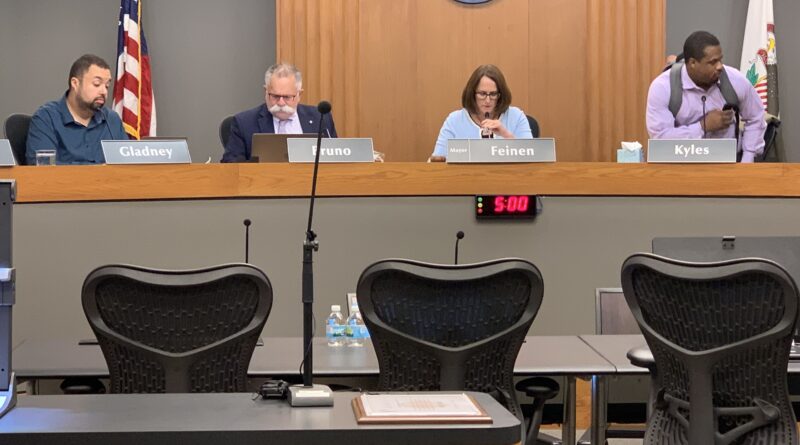 This update report shows a continuing negative financial impact of COVID-19 as well as the possible measures that the City planned to offset the impacts. Huge efforts that the City has made to slow the spread of the coronavirus hit bad financially.

Ever since the state of Illinois issued a Stay at Home order to promote social distancing, the obvious result was a nearly shutdown economic activity. Effective March 16th, Governor Pritzker ordered a ban of dine-in services,  which turned off the tap of the flowing sales in the Champaign City. Sales reduced between 50% to 80% for most restaurants and bars. Although the State has entered the phase 4 of reopening businesses now, the City has anticipated an enormous drop of its revenue. For example, the sales tax that is the main income of the city, is expected to drop for 15%, which would be a reduction in revenue of about five million. The biggest drop in average percentage would be the hotel-motel tax, which is anticipated to be a decrease of 43%.

To offset revenue shortfalls, the city will reduce expenditure and cut city services. The City Council has adopted conservative financial policies to maintain normal function without borrowing. The conservative financial policies include two parts. First, the city has used 98.5% of recurring revenue as the city’s general fund, the remaining 1.5% protects the city from cutting services. Second, the city calls for an unassigned general operating fund that balances at a minimum of 10%. According to the report, these safeguards have earned the city a little more time to make future decisions.

The council proposed a voluntary separation incentive program(VSIP). It is a voluntary program to reduce the workforce of the city. Modest reductions in the workforce such as retirement or resignation are not going to solve the sudden economic problem. VSIP is a way to reduce personnel cost by giving staff an option of modest financial incentives to voluntarily leave the employment. City’s staffs can apply to this program if it is approved. Other alternatives could be diversifying the revenue sources.

While the City is posing ways to solve this financial problem, it is still unmention how the council could maintain normal function after cutting its staff and its expenditures.